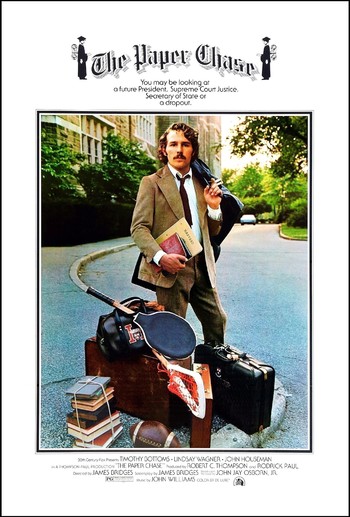 The 1973 Film of the Book by John Jay Osborn, adapted and directed by James Bridges.

A first-year student at Harvard Law School, James Hart (Timothy Bottoms) struggles to balance his course load and a covert romance with the daughter (Lindsay Wagner) of his most rigorous professor (John Houseman).

The Paper Chase features examples of: