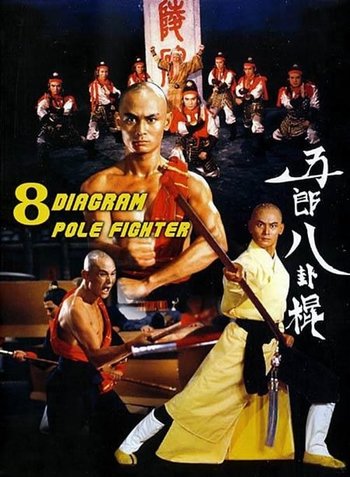 Very loosely based on the Generals of the Yang family during the Song Dynasty, the story is told through the perspective of Yeung Ng-long, the fifth and only surviving brother of the Yang family after being ambushed by their enemies, and his subsequent training at the Shaolin Temple to avenge his family's defeat. The historical backdrop is pretty much an Excuse Plot for setting up all sorts of martial arts action and set-pieces though.