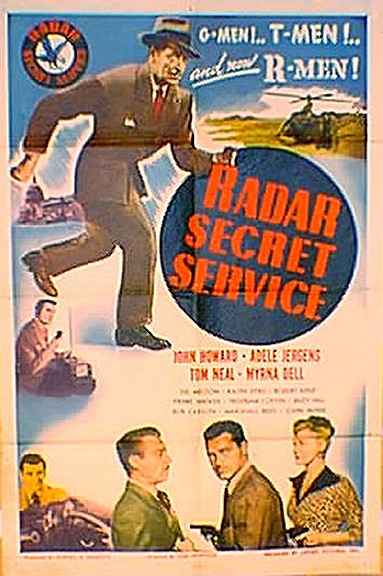 Radar Secret Service is a 1950 movie that purports to show the more or less fantastic powers of the then newly-invented radar, and what they might lead to 20 Minutes into the Future. The eponymous agency is apparently headquartered in Washington, D.C. and may or may not have branch offices.

The movie's plot centers around a hijacked convoy carrying uranium. This uranium was stolen from under the Radar Secret Service's nose by The Mafia, but still has to be shipped down river to some vaguely evil bad guys. However, the Radar Secret Service is on the trail, using their all-knowing, all-seeing electronic marvel to find the uranium and follow them. It's a battle of wits and double-crossing to get the bad guys.