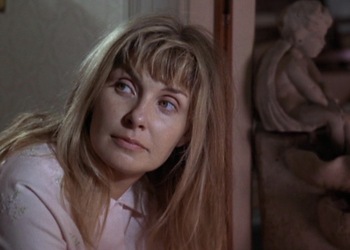 Rachel, Rachel is a 1968 drama film adapted from the 1966 novel A Jest of God by Margaret Laurence, directed by Paul Newman and starring his wife, Joanne Woodward.

Rachel Cameron (Woodward) is a 35-year-old spinster schoolteacher still living with her mother in her small Connecticut hometown, above the mortuary that was her late father's business. Rachel is trapped in her tiny, closed-off world, and she fantasizes of escape. Eventually a means of escape offers itself in the form of Nick Kazlik (James Olson), a childhood acquaintance who has come back to town to visit his parents.