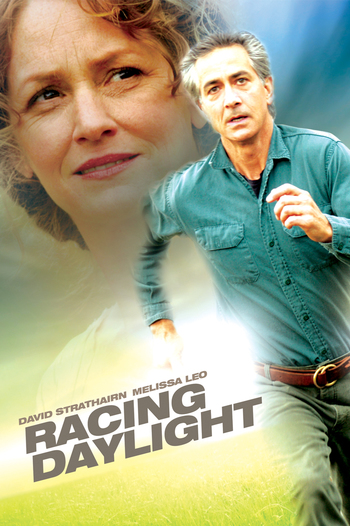 "There have always been Stokes in Cedarsville."
— Practically everybody

The country town of Cedarsville, somewhere in the Shawangunk Mountains of New York state, is the setting for this bizarre tale of love, reincarnation and telepathy across time.

Sadie Stokes (Melissa Leo) is what previous generations would politely term a maiden lady. She has returned to her home town to care for her ailing grandmother Emmeline (played by Le Clanché du Rand) with the help of Vicky (Sabrina Lloyd) and her husband Billy (Jason Downs) and run the local used book store. She is very shy and rather colorless, and most people don't even remember her name. She has a crush on her childhood friend, local handyman Henry Becker (David Strathairn), but is too tongue-tied to say anything. One morning she glimpses a strange man in her mirror, who addresses her as "Anna" and disappears. She begins an obsessive search for the real Anna, who it seems is looking for her as well.

It seems that in the 1860s, Anna was a local woman (also played by Leo) who was engaged to Harry Stokes (also played by Strathairn). When he left to fight in The American Civil War, Anna was pregnant by him. Word came that Harry was dead, but he wasn't, and returned to find Anna married to his cousin Edmund (the man Sadie saw in the mirror, also played by Downs). Harry and Anna both vanished soon after this, causing a huge scandal and leaving little Jack Stokes behind to be raised by Edmund, his mom Oneida (also played by du Rand), and eventually his second wife Helly (also played by Lloyd). But as Sadie and Henry are about to discover, things are not as they seem.