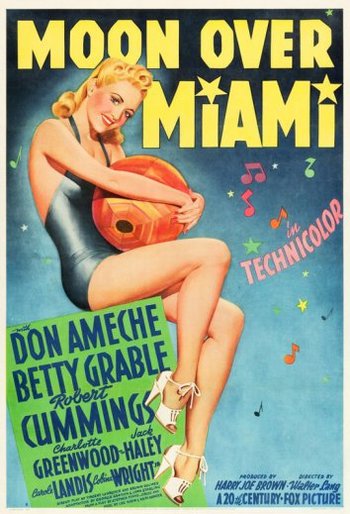 Kay and Barbara Latimer (Grable and Landis, respectively) are two working girls from Texas who just want security. Their aunt Susan comes into an inheritance that is, unfortunately, a low amount, so they decide to stick to their plan: become gold diggers and seek out a rich husband in Florida.

Off the women go, where Kay is the rich heiress, Barbara is now her secretary, and Susan is the maid. In Miami, Kay meets millionaires Jeff Bolton and Phil O’Neil (Cummings and Ameche) who both vie for her love. As it turns out Kay loves Phil more, but he’s no longer rich, so she must marry Phil. However, Barbara starts to fall for Jeff, and Phil won’t go away that easily.