Film / The Moon is Down 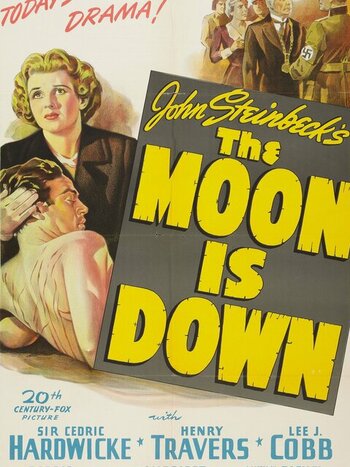 The Moon Is Down is a 1943 American war film adapted from the 1942 novel of the same name by John Steinbeck, directed by Irving Pichel and starring Cedric Hardwicke, Henry Travers, and Lee J. Cobb.

During the German occupation of Norway, a small village struggles to cope with the invaders and some locals choose collaboration while others prefer armed resistance.