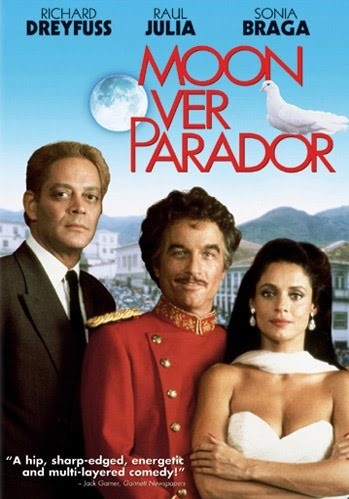 Jack Noah (Dreyfuss) is an actor filming in the small, fictional South American nation of Parador when Alfonse Simms, the country's dictatorial president, suddenly dies of a heart attack. Not wanting to lose his position in power, the president's right-hand man, Roberto Strausmann (Julia) forces Jack to take the 'role of a lifetime': that of the dead president, as the two men look so much alike. Jack accepts, eventually winning over the people and even the dead president's mistress (Braga). However, it isn't long before Jack needs to find a way to get out while keeping Roberto out of the loop.