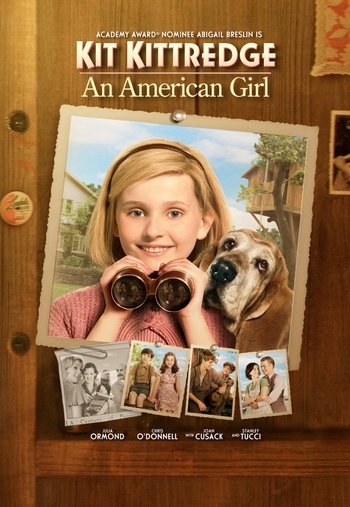 But we'll travel along, singin' a song, side by side...
All my life, I always wanted to be a reporter.
— Kit Kittredge
After the successes of the first few television films based on the American Girls Collection, the company saw the potential of a theatrical feature based on one of their historical characters. Starring Abigail Breslin as Kit Kittredge, the film chronicles the life of the eponymous character as she aspires to be reporter, all while thwarting a series of robberies blamed on the hobo community.