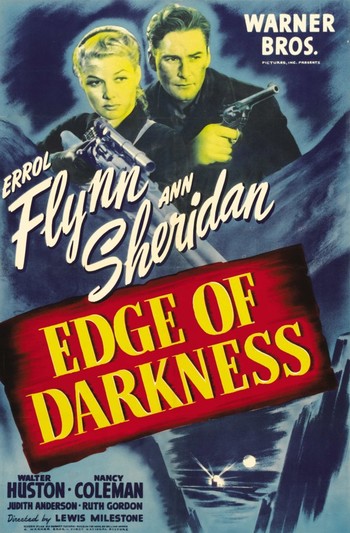 It is set in 1942 in the fictional port town of Trollness, Norway. Trollness has been under German occupation for two years along with the rest of Norway. Gunnar Brogge (Flynn), a fisherman, is leader of the local resistance group. The resistance in Trollness has heretofore been content with low-level activities like sabotage at the local fish cannery, but Brogge is eagerly awaiting a British submarine which is expected to deliver a large cache of arms. The people of Trollness plan to rise up against the occupiers, along with other coastal towns in Norway, once the arms are delivered.

Gunnar's girlfriend Karen (Sheridan) is also in the resistance and is just as determined as he is to fight the Germans. However this is not true of the rest of Karen's family. Her father Martin Stensgard (Huston) is skeptical of active resistance, believing that the people of Trollness should basically lay low and avoid confrontation with the Germans. Karen's uncle Kaspar, Martin's brother-in-law, is far worse, an active collaborationist who supports the Germans. And Karen's brother Johann was a quisling who submitted to the Germans in 1940.

Compare Commandos Strike at Dawn (1942), a film with a similar story about resistance in a Norwegian fishing village.