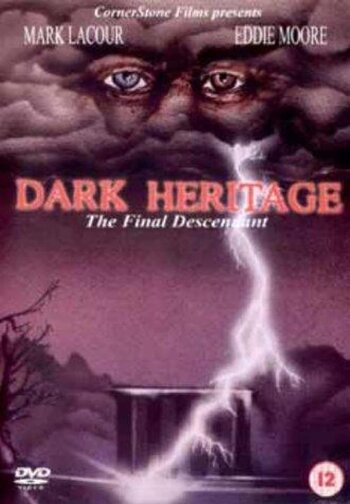 Dark Heritage is a low-budget 1989 American horror film, and an uncredited adaptation of H. P. Lovecraft's "The Lurking Fear."

After a violent thunderstorm, mutilated bodies are found at a Louisiana campground. Investigative reporter Clint Harrison uncovers a dark local legend about the reclusive Dansen clan, who may be connected with the murders. Determined to dig up the truth, Clint and his buddies decide to spend a stormy night at the seemingly abandoned Dansen mansion...