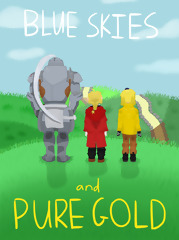 . In this story Winry performed human transmutation with Edward and Alphonse and her punishment was the loss of all feeling and mobility in her hands. The story is currently following canon with Winry present. However, the author has stated that the story will eventually diverge from canon.

Summary: What if Winry also committed human transmutation? Three children lost their parents and tried to bring them back using alchemy. The unsuccessful transmutation cost one his arm and leg, another his entire body, and the third all movement and feeling in her hands. Now the three of them set out on a journey to get back what they lost, but is it possible?