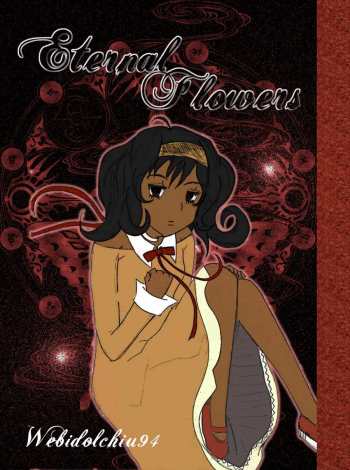 "It started with a black butterfly beating its wings."

is an ongoing Chobits fanfic by Webidolchiu 94 on Fanfiction.net. It follows a very very weird American girl named Amber Lee-Young and a Chobit named Garrett. They arrive in Japan under Mysterious Circumstances and try to contact Chii and Hideki. It should be noted that since Chobits takes place in the same universe of ×××HOLiC, that characters from there are mentioned and used. There is also a slight crossover with Puella Magi Madoka Magica, as shown by the prequel story, Puella Magi Yuuko Magica.

Amber Lee-Young is the Heiress of a high-end computer company called Gala Inc. Her father, Dr. Shawn Lee-Young was friends with Dr. Mihara and his wife, as well as having a large role in the Chobit program.

In addition, a prophecy that threatens to destroy the world looms over them, and Chii happens to hold a very important role in the whole thing.

And there's a young woman named Angel who wants to see everyone suffer?

This Fanfiction gives examples of: