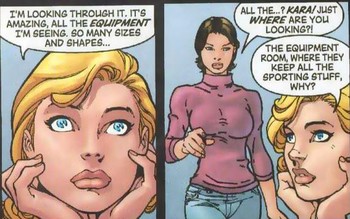 Because... No reason, Kara