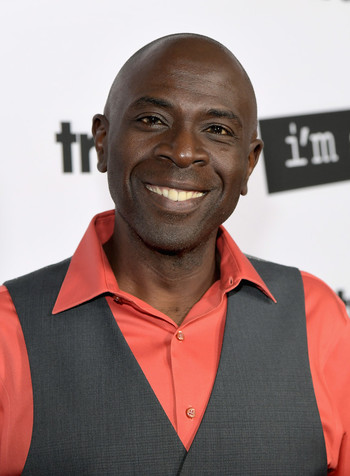 Gary Anthony Williams (born March 14, 1966 in Fayetteville, Georgia) is an American actor, voice actor, and comedian best known for his deep bass voice in The Boondocks, Malcolm in the Middle, and Boston Legal.

Basso Profundo: He is known for voicing Simba’s father and Kion’s grandfather Mufasa in The Lion Guard.

Cops open fire on Uncle Ruckus just because he is black

Cops open fire on Uncle Ruckus just because he is black