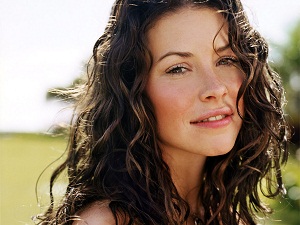 Nicole Evangeline Lilly (born August 3, 1979 in Fort Saskatchewan, Alberta) is a Canadian actress best known for her role as Kate Austen in Lost. Since the end of the series, she has been seen in movies such as The Hurt Locker and Real Steel. She appeared in Peter Jackson's The Hobbit: The Desolation of Smaug and The Hobbit: The Battle of the Five Armies as a new character, the elf warrior Tauriel. She was also in the 12th Marvel Cinematic Universe film, Ant-Man as Hank Pym's daughter, Hope van Dyne.

Before acting, Lilly worked as a flight attendant and as a Christian missionary in the Philippines.