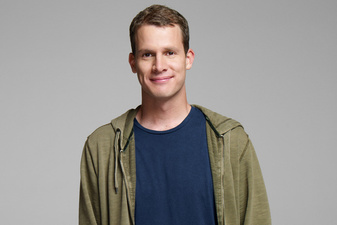 Daniel Dwight Tosh is an American stand-up comedian and television host. He currently hosts the Comedy Central video clip show, Tosh0. He has had four specials: Daniel Tosh: True Stories I Made Up, Completely Serious, Happy Thoughts, and People Pleaser. He is a producer and voice actor for the animated sit-com Brickleberry.