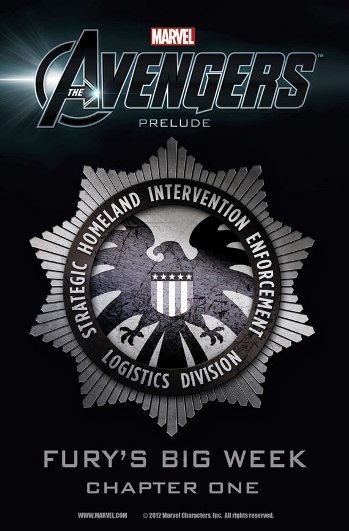 The Avengers Prelude: Fury's Big Week, or just Fury's Big Week, are a set of eight comics which are a prequel to The Avengers. It chronicles the events of Iron Man 2, The Incredible Hulk, and Thor from S.H.I.E.L.D.'s perspective. It was written by Christopher Yost & Eric Pearson with art duties covered by Luke Ross & Daniel HDR.

It would take the Marvel Cinematic Universe at large just under a decade for the comic's events to even be acknowledged anywhere else, starting with Disney+ Anthology Series What If?, where in Episode 3 deals with a universe where The Avengers never form, and thus retells the events of the Phase 1 films over the course of five days, and also notably shows Romanoff spying on Bruce (for different reasons, but still).