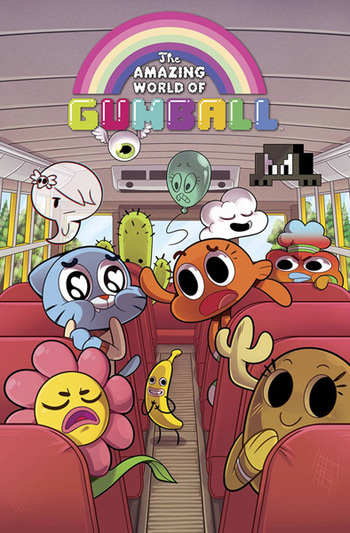 The cover of the second issue.

The Amazing World Of Gumball is a comic book series by KaBOOM! Comics, based on the eponymous animated cartoon. It is written by Frank Gibson of Tiny Kitten Teeth with art by Tyson Hesse of Boxer Hockey.

The main series was announced on March 2014 and began on June of the same year. It ran for a total of 8 issues before being cancelled for unknown reasons. However, one-shot issues, as well graphic novels, are still being published.

This comic books in general provides examples of: