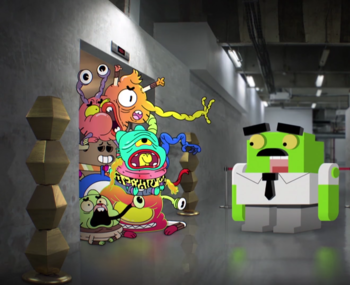 "How about a new voice?"

You wouldn't think an adorable, innocent show like The Amazing World of Gumball could give you nightmares, would you?

Well, it does. Season one is relatively kiddie, but from season two onwards, the show's humor has gotten a bit dark and disturbing, but still has that whimsical kids' show charm. While most of it can be taken in good fun, some can cross the line (by TV-Y7note or the UK's PG certificate standards, anyway). 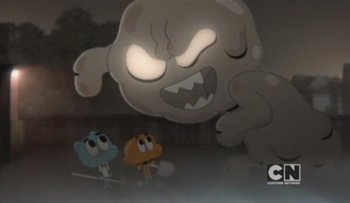 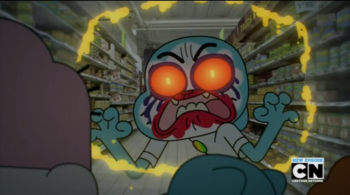 "That's not your mother anymore! That's a whirlwind of fury!"
Season 3 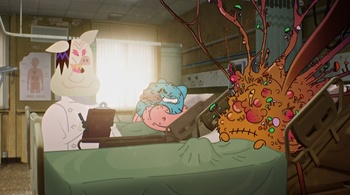 "Thanks, guys! I'll file those under 'Never try this again'."
Season 4 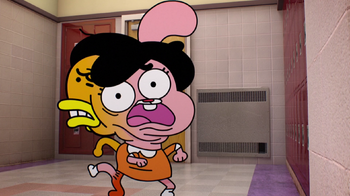 The result of a parasitic relationship...
Season 5 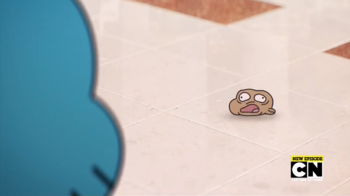 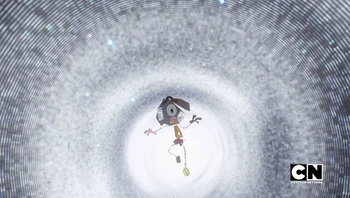 "There is no future."