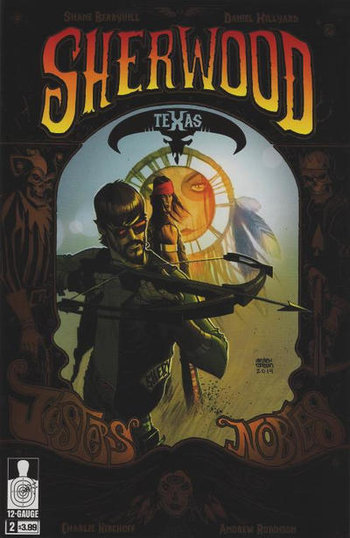 Sherwood, Texas is a comic book written by Shane Berryhill, with art by Daniel Hillyard, published by 12-Gauge Comics.

After the same biker gang who murdered his father leaves Rob Hood for dead, he returns to seek revenge on an epic, blood-soaked scale. Hood is joined on his quest by Padre Elvin Tuck, Will Scarlet, and Little John, as they take on the crooked Sheriff of Nottingham, TX and his partners in crime, The Nobles biker gang and their leader John Prince.