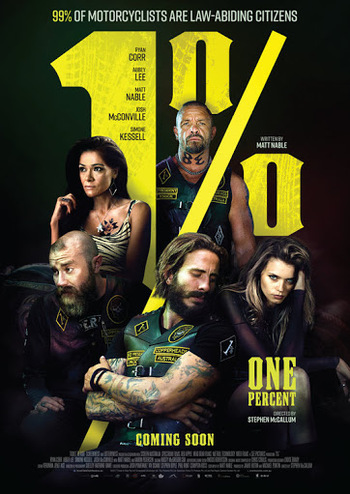 Do right, nobody remembers. Do wrong, nobody forgets.
Advertisement:

1% is a 2018 Australian Biker Drama that follows Mark aka "Paddo", Vice President of the Copperheads Motorcycle Club having to protect his brother "Skink" and the path he's built for the club from the wrath of "Knuck", the President, who has just been released from prison and and is determined to lead the club on a path of bloody violence while also dealing with his own demons. Further complicating issues are the two men's old ladies, who both have their own design on the growing schism.