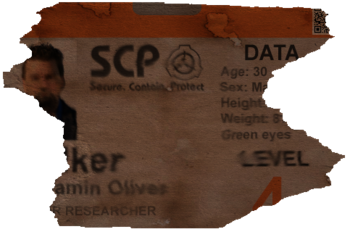 The Player Character, an unwilling Red Shirt of the SCP Foundation's immoral experiments. It's revealed that he was actually once a Foundation scientist demoted for unauthorized research.
Advertisement:
MTF Epsilon- 11 (Nine-Tailed Fox) 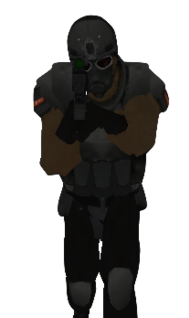 "CLASS-D SPOTTED."
A nine-man squad of elite soldiers whose orders are to recontain the escaped SCPs and mow down anyone in their way, including you.
Security Guards

The white riot-armored soldiers that guard the facility in the opening. They're docile at first, but if you disobey an order, they'll gun you down without hesistation.
Scientists
The lab-coated civilians that personify the SCP Foundation as cold, callous researchers and the gaolers of the SCP's.
The Chaos Insurgency
A splinter faction of the Foundation who now actively oppose them. They seek to destroy the Foundation and use anomalous objects and events to better humanity.