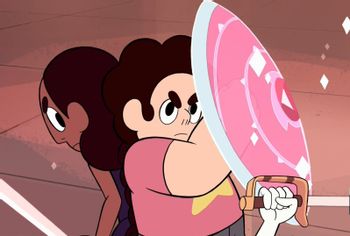 A Battle Couple at such a young age.
Advertisement:

Steven Universe has so many awesome moments that'll show you how Steven and the Gems always save the day!