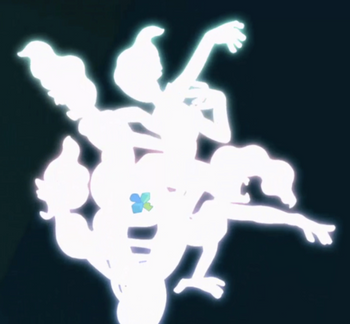 And I Must Scream doesn't even begin to cover it. note And it keeps getting worse
Advertisement:

Here, we have all the chills and spooks that are in Steven Universe. If there's two things that this show is going to teach you, it's that even in the worst situations, there's surprisingly touching moments. And despite how colorful and innocent it appears on the surface, things can unexpectedly spiral into very dark places.