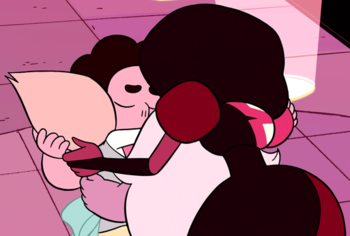 "We're so proud of you, Steven."
Advertisement:

The show has many moments that make our hearts happy.