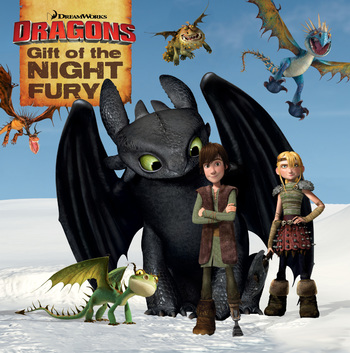 In this Christmas Special and second follow-up to Dreamworks Animation's How to Train Your Dragon, the Vikings of Berk are preparing to spend their first "Snoggletog" holiday with their new dragon friends... when said dragons all mysteriously fly away. Even Hiccup winds up mourning the loss of his new best friend after he builds Toothless a new tail that allows him to fly on his own. Best remembered for its emotional resolution.

Tropes used in this short include:

Fishlegs discovers that Meatlug was a girl.

Example of:
Your Tomcat Is Pregnant

Fishlegs discovers that Meatlug was a girl.