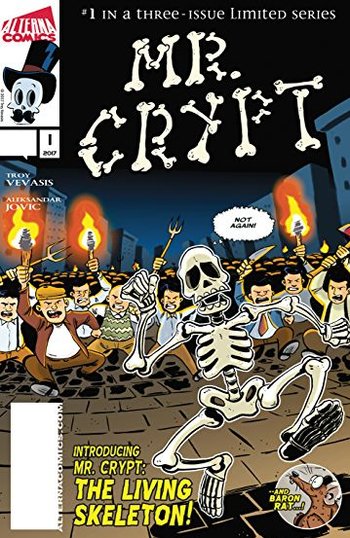 Mr. Crypt is an American comic book published in 2017 by Alterna Comics and created by Troy Vevasis. It was initially released as a three-part mini-series in 2017 and 2018 with art by Alexsandar Jovic.

The title character is a sentient skeleton animated by a bolt of lightning. He lives in a shack by the graveyard on the edge of an unnamed town along with his friend, a rodent named Baron Rat. When not being chased by angry villagers, Mr. crypt gets into various misadventures.

Baron Rat is going to have a Spin-Off set for release in September 2018.

This comic includes examples of the following tropes: