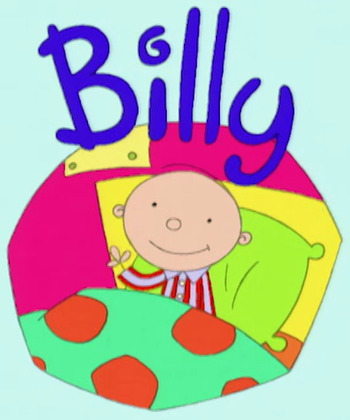 Billy is a British animated series by Vincent James and produced by Fat City Films and The Little Entertainment Company Ltd. It was made from 1998 to 1999 and had at least 26 episodes. It aired on Tiny Pop up until the early 2010's and it aired on Nick Jr. in the early 2000's; after reruns ended, the show fell into rarity and obscurity.

On the outside, Billy is an average, ordinary young kid. But on the inside, Billy has a wild imagination. Each episode is about one of Billy's exciting, adventurous daydreams.