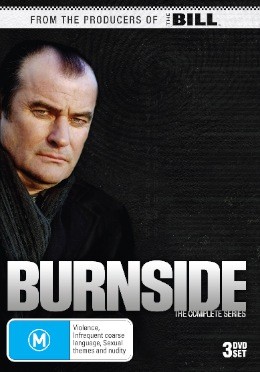 A short-lived spin-off series from The Bill, which originally aired in the UK between 7 July and 11 August, 2000. It concerned the exploits of no-nonsense Detective Chief Inspector Frank Burnside (Christopher Ellison), as he joined the NCS (National Crime Squad), a kind of UK equivalent of America's FBI. Teamed with moody Glaswegian Detective Constable Samantha Philips (Zoe Eeles), and Detective Sergeant Dave Summer (Justin Pierre), the son of a former friend and mentor, Frank investigates the darker, seedier side of crime in inner city London.

Despite the overwhelming popularity of the Burnside character in the parent series, this spin-off only lasted for six episodes (which were further divided into three separate stories of two 'parts' each). A second series of six episodes was anticipated, but it never happened. Ellison himself attributed the series' lack of success to it being a case of "too little, too late", and felt that the production team should have launched the spin-off while the iron was still hot following his original departure from The Bill seven years earlier.