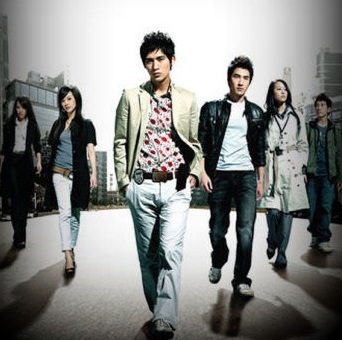 In the port city of Kaohsiung, the second largest city in Taiwan, there are two divisions of the police department.

Wu "Hero" Ying Xiong is the top detective of the South Division of the police department (SDPD). Believing that law and justice are the pillars of society, he is a by-the-book investigator who zealously chases the bad guys.

Chen Zai Tian (also called Pi Zi), is considered the top detective of the North Division of the department (NDPD), but appears to be completely incompetent. Newly assigned to SDPD, he drinks coffee, flirts with every pretty woman in sight, drives a yellow Porsche, gets mysterious tips from a fax machine in a restaurant, and generally is a much more laid back person. Or so it seems.

Assigned together, the two must learn to overcome attitudes on both sides and act as a team to protect the citizens, investigating members of the local triad The San Lian Gang, other shadowy figures of the underworld, and even members of law.