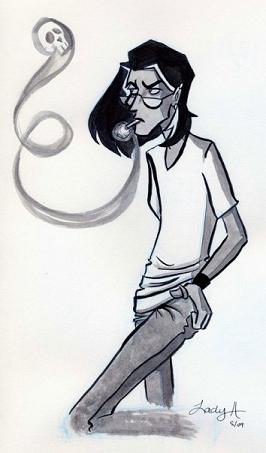 is a webcomic by Nicole Attercop chronicling the lives of and interactions between a group of friends. It updates (in theory) weekly (more like monthly, lately).