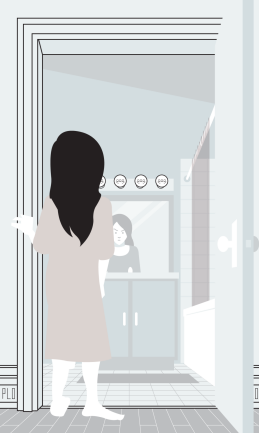 in which a list of tropes are applied to a webcomic. note Staring in the mirror is Neko. (Not pictured: Dad and Eleanor.)
Advertisement:

is a webcomic of the Psychological Thriller genre written and illustrated by P. Lo.

The story follows Neko, an agoraphobic 15-year old girl before and during the events of her father (Dad)'s depature due to a work trip. During his absence, Eleanor, his upbeat, blonde, and vegan girlfriend looks after Neko, who is less than pleased about the ordeal.

The comic is updated daily, with multiple panels uploaded sporadically.