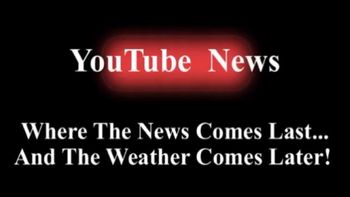 Where the News comes Last and the Weather comes Later.
Advertisement:

Youtube News is a News Parody by the same people of Stupid Mario Brothers and Arthur vs. The Druids vs. The Grail a.k.a. Channel Richalvarez. It usually talks of upcoming films, games or other random subjects.

The cast is made up of Richard the anchor, Matt the co-anchor, Chris the weatherman and Dane/Julian for other reports. Doug was also in there for sports but he left.