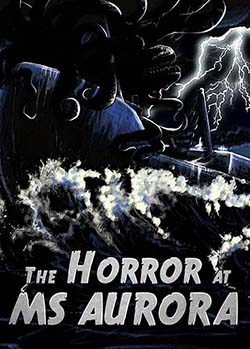 There certainly is something wrong with that ship.
Advertisement:

The Horror at MS Aurora is a 2013 Adventure Game / Interactive Movie hybrid with horror elements, whose gameplay mechanics are heavily centered around quick time events.. The game was made for PC by Sweden-based 12 O'clock Studios and, according to the developer, it aims to be "an intense and immersive experience, no longer than your average friday-night horror flick". It draws a lot of its inspiration from H. P. Lovecraft.

The game's story centers around Non-Action Guy Frederick Kirk, who has just signed on as first mate on the cargo ship MS Aurora together with three others: Daniel Lindstrand (the ship's captain), Douglas Olsen (the engineer) and Kenneth Pedersen (the cook and medic). The plot starts out slow enough, but eventually hell quite literally breaks loose and Kirk ends up having to run for his life.

Compare to Man of Medan, a 2019 game with a comparable premise and approach to gameplay.