Video Game / How To Survive 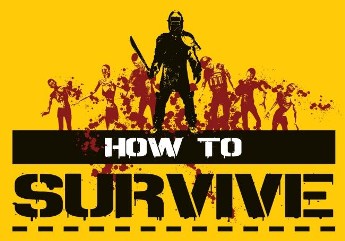 , released for PC and ported to PS3 and Xbox 360. You play as a survivor who is washed ashore to an island chain that's mainly inhabited by zombies, and are assisted by an eccentric Russian man named Kovac, whose "How to Survive" guide (the pages of which are scattered across the island) will teach you how to do exactly that.
Advertisement:

The game offers an expansive crafting option as its main selling point. You are able to create and/or modify the items you have in your inventory. Also it keeps track of player's hunger, thirst, tiredness and sleep levels, so you'll have to find clean water, food, and rest regularly in the special bunkers in the islands. Scattered across the islands are tongue-in-cheek excerpts from an in-game guidebook detailing what you must do to fight effectively and keep yourself alive.

A stand-alone expansion, How to Survive: Third Person, has also been released. It features the same campaign as the original game, but played from an over-the-shoulder third-person perspective rather than the original isometric top-down perspective.

A sequel, How to Survive 2, was released on PC in 2016 after spending time in Steam Early Access, and was then ported to PS4 and Xbox One the following year. The zombie outbreak has spread across the entire world, and Kovac is seemingly gathering survivors to build "the village of hope" as a beacon of human civilization in the midst of the zombie apocalypse. You play as one of the survivors brought in by Kovac's broadcast and end up assisting him in his endeavor.