Sushi Cat is a puzzle Web Game about a huge, blob-like cat who loves sushi. The game involves him eating copious amounts to get fatter. The game also features various cutscenes with artwork by Jimp. 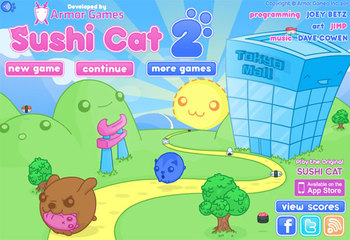 Eat all the sushi! Win the girl!