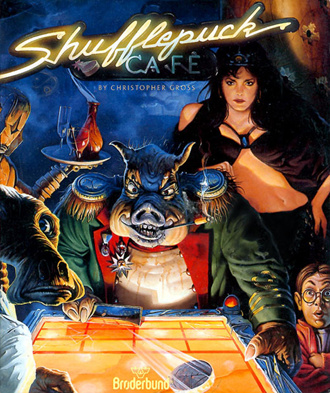 One day, three people at Broderbund Software, named Christopher Gross, Gene Portwood and Lauren Elliott, had a burning question: "What if you could play air hockey in the Mos Eisley cantina?"

From this High Concept, the game named Shufflepuck Cafe was born. It was originally released for Apple Macintosh in 1989; from then on, it was ported to NES and all the major computers of its day.