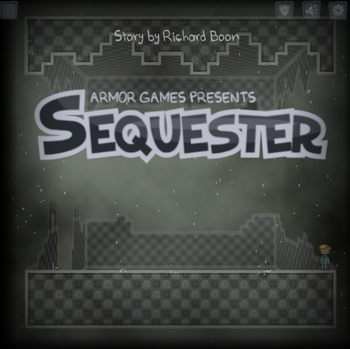 Little brother?
Little brother? Are you really here?
I am trapped. I can't get out. Have you come to help me?
— Your sister's voice, during the prologue.
Advertisement:

A web game developed by Armor Games, Sequester follows the tale of a young boy as he journeys through his twisted dreamscape to help his dead sister cross over to the afterlife.

Along the way, he must brave dangerous traps, vengeful spirits, and the eldritch nature of the dream world itself.

Can be played on the Armor Games site here