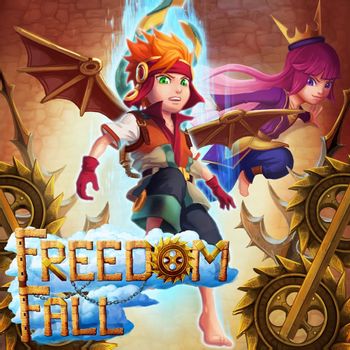 Freedom Fall is a downward scrolling Platform Game from Stirfire Studios. You're imprisoned in a tower so tall its top is in the clouds. The only way out, is down. Why are you imprisoned? Who is leaving you mysterious messages? Can you escape?

and the Amazon App Store