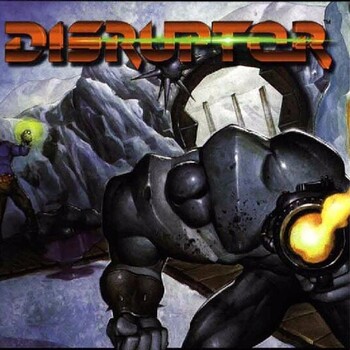 Disruptor is a 1996 FPS by Insomniac Games (their very first game, in fact) revolving around a Space Marine with implanted Psychic Powers, known as a "LightStormer."