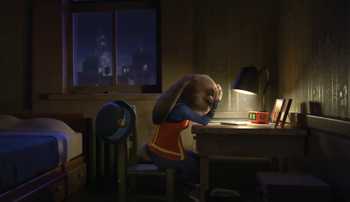 "I am a real cop."
Advertisement:

It wouldn't be a great Disney film if it didn't make you cry, and here's some examples in Zootopia that do just that.

Meta and out of canon