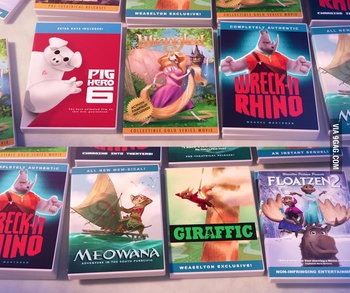 All your favorite movies! I've got movies that haven't even been released, or will never be released!
Advertisement: