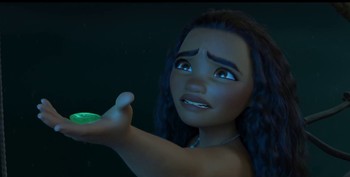 "You have to choose someone else."