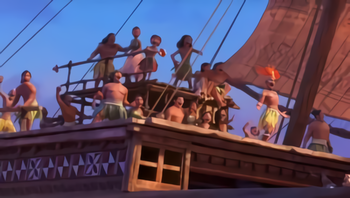 We know the way!

As can be expected from a Disney princess movie, Moana is chock-full of brilliant music, both thanks to its incredibly talented cast and its amazing crew of songwriters and musicians, including composer Mark Mancina, Opetaia Foa'i, leader of the Polynesian band Te Vaka and Hamilton's Lin-Manuel Miranda. Moana even marks the Disney Animated Canon's first musical since The Princess and the Frog to have the songwriters proudly credited in the trailers.