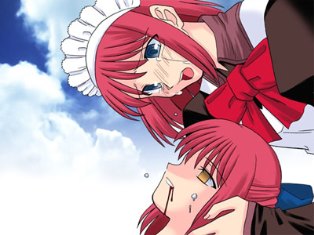 "...Why? That's fine. I was okay with the way I was. If you were happy, then I was happy. I-I was always protected by you, so...I was always happy.."note For context, this is after Kohaku fails her revenge on the Tohno family and drinks poison in front of her sister Hisui.

I see...I guess it was only an illusion after all. It hurts. That's why...I wanted to become a doll...

If one is softhearted enough, Tsukihime seems to run on these, with each route having one or two. Quite appropriate for a story focusing on death as a central theme.