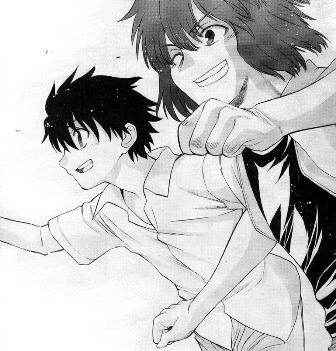 "That guy, how to say it...He never had anything of his own. So he looked like he never wanted anything. That was, uh, terribly aloof. Although aloof is just another name for lonely. That's why I couldn't help but worry about him..."

Not everything is paranoia, death and bittersweet moments in Tsukihime. It also has its heartwarming moments, if only a few.