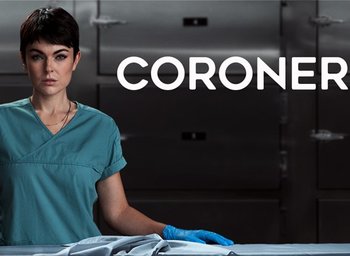 Coroner is a Canadian drama television series based on the Jenny Cooper series of novels by M. R. Hall and developed by Morwyn Brebner. The series stars Serinda Swan as Jenny Cooper, a recently-widowed Toronto coroner who investigates suspicious deaths. The series premiered on CBC in January 2019, and attracted 1 million viewers per episode throughout the first season. The series was subsequently renewed for a second season.

Not to be confused with The Coroner or the Swiss thrash metal band.