Roleplay / A World In Darkness 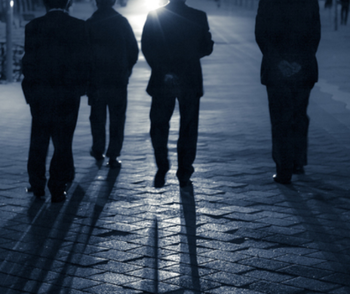 Player discretion is advised.
"You'll tell me when they're ready to be used, won't you, little bird?"

A World in Darkness is a play-by-post forum roleplay set in The World of Darkness. Making use of JCInk formatting, the game itself is split into four different settings: Two for Vampire: The Masquerade (one for the Camarilla and the other for the Sabbat), one for Werewolf: The Apocalypse, and one for Changeling: The Dreaming.

Combining elements from both traditional tabletop roleplaying and play-by-post style gameplay, A World in Darkness is a modern portrayal of the Old World of Darkness. While Storytellers are there to keep the plots flowing, players are given near-total freedom in how they choose to respond. The rewards - and consequences - are theirs and theirs alone.

The game boards can be found here.

The game Discord server can be found here

A World in Darkness features examples of: