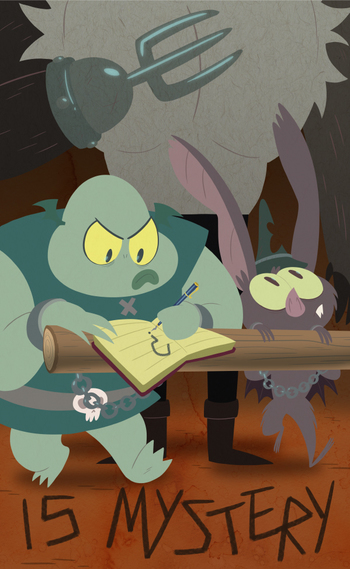 Worried about his tadpoles' futures, Buff Frog investigates the hole in the Mewman force field.